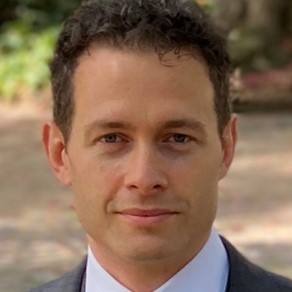 Fountain Court is pleased to announce that Robin Lööf will be joining Chambers, as of Monday 21 June.

Called to the Bar in 2009, following a distinguished academic career (with a First in Law from Caius College, Cambridge, a Maîtrise en droit (Mention) from Université Panthéon-Assas Paris II, a PhD from the European University Institute, Florence and a period as a supervisor in criminal law at Cambridge), Robin practised at a leading criminal set of chambers, QEB Hollis Whiteman, for a number of years. He joined Debevoise & Plimpton as a member of its White Collar & Regulatory Defense Group in 2013, rising to International Counsel status within the firm in 2019. He is also called to the Paris Bar and is polylingual, with native level fluency in English, French and Swedish, professional fluency in Italian, and working knowledge of Spanish and German.

Robin has extensive advocacy experience in the field of commercial crime — having acted for many companies and individuals, including former government ministers and officials, in the context of criminal and regulatory investigations. His work spans bribery and corruption, asset freezing and confiscation, mutual legal assistance and financial misconduct. He also advises clients in the context of compliance reviews and M&A transactions. He is noted in both the London and Paris sections of The Legal 500 and is described by clients as “extremely hard-working and clever” and “excellent”.

Head of Chambers Bankim Thanki QC said: “Our commercial crime practice has been growing exponentially over the last few years, and Robin will be a fantastic addition to that team, further strengthening our offering to clients. We look forward to welcoming him to Chambers.”

Senior Clerk Alex Taylor commented: “Robin has invaluable experience in commercial crime, including extensive advocacy experience, from his time at both the criminal bar and at Debevoise. We are very excited to have him join Fountain Court and look forward to introducing him to our clients.”

Robin Lööf said: “The opportunity to join Fountain Court was irresistible. I look forward to working with the outstanding commercial crime team to advise and represent clients facing the most challenging issues and navigating an increasingly complex enforcement landscape.”