The Amsterdam District Court has handed down major judgments on explainable AI and Gig economy worker rights, in claims brought by drivers against ride-hailing companies Uber and Ola Cabs. These judgments are the first in the world on the right to an explanation of automated decision-making under the GDPR.

The court ruled that Uber must disclose data about alleged fraudulent activities by the drivers, based on which Uber deactivated their accounts (‘robo-firing’) as well as data about individual ratings. The court found that Uber’s fraud detection system involved meaningful human intervention and therefore was not subject to certain additional protections for data subjects. Ola Cabs were required to provide access to ‘fraud probability scores’, earning profiles, and data that was used in a surveillance system. In the case of one Ola driver, the court decided that deductions from their earnings using an algorithm amounted to an automated decision, justifying increased protections. The case has been widely reported.

Jacob Turner was instructed by Anton Ekker of Ekker Legal, representing the drivers. 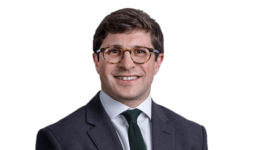