Fountain Court is pleased to announce that Alexander Milner is to be appointed Queen’s Counsel in the New Year.

Alexander was called to the Bar in 2006 and is described by the legal directories as “brilliant in every respect” and a “Rolls-Royce choice for all cases”. He is ranked for his work in aviation, banking and finance, commercial disputes, civil fraud and international arbitration and was named ‘Commercial Litigation Junior of the Year’ at the Chambers Bar Awards in 2021.

As a Russian speaker, Alexander has appeared in many of the largest disputes to emerge from Russia and other ex-Soviet states including Berezovsky v Abramovich in which he acted for Boris Berezovsky in his $5 billion claim relating to the ownership of Russian oil and aluminium assets; and PJSC Tatneft v Bogolyubov where he acted for a Ukrainian oligarch defending a $300 million fraud claim brought by a Russian oil company. Other notable matters include: Federal Republic of Nigeria v Process & Industrial Developments Limited, where Alexander is acting for a creditor seeking to enforce an arbitral award against Nigeria worth more than $10 billion defending allegations of fraud and bribery; and Motorola Solutions Inc v Hytera Communications Corp where he acted for a large Chinese radio manufacturer in its successful appeal to the Court of Appeal against a $345 million freezing order in which the Court definitively restated the law relating to the ‘unambiguous impropriety’ exception to without prejudice privilege.

“We are delighted that Alex will shortly be appointed Queen’s Counsel. I have no doubt that his silk practice will be a glittering success, just as his junior practice has been.” 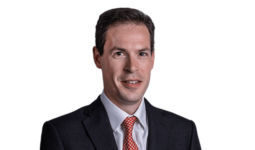