Lord Wilson is a former Justice of the UK Supreme Court and has spent 27 years on the bench. He was appointed to the High Court bench in 1993. He was promoted to the Court of Appeal in 2005, before being appointed as a Justice of the Supreme Court in 2011. Lord Wilson will accept appointments as an arbitrator and mediator across a range of disputes, both in the UK and overseas.

Head of Chambers, Bankim Thanki QC, says: “We are delighted that Lord Wilson is joining chambers, adding immense distinction to our body of arbitrators and mediators. With his extensive experience in deciding some of the most difficult cases at the highest level, I am confident Nicholas will be in great demand, particularly in international arbitration — one of our core areas of expertise.”

Lord Wilson comments: “It is an honour to become one of Fountain Court’s arbitrators following my retirement from the UK Supreme Court in May 2020. Fountain Court’s reputation for commercial work is second to none; and I am particularly pleased to have discovered that it is also such a friendly and helpful community. For the last nine years I have played a substantial part in the final resolution of many of the most complex and important legal disputes brought before the UK courts. I am keen to continue to help to resolve complex disputes in the more informal and flexible arenas of arbitration and mediation.”

Senior Clerk, Alex Taylor, says: “We are very much looking forward to welcoming Lord Wilson as a member of Chambers. We are delighted to be able to offer our clients access to his immense experience and expertise across a range of subject areas”.

Lord Wilson is the latest in a series of arbitrators to join Fountain Court, underlining the set’s reputation in international arbitration. His replacement on the Supreme Court bench is former member of Fountain Court, Lord Burrows.

[Credit for above photograph of Lord Wilson: The UK Supreme Court and photographer Kevin Leighton] 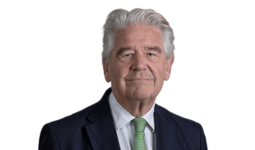