The Claimants obtained doorstep delivery up orders for various ‘listed items’ including transcripts of the covert recordings. The Defendants withheld the transcripts from inspection on grounds of legal professional privilege, on the basis that the transcripts formed part of a selection and/or were privileged by reason of annotations they had made on the transcripts, relying on the exception in Lyell v Kennedy (No.3) (1884) 27 Ch D 1. In the event the defendants abandoned these claims to privilege prior to the hearing. The Court nevertheless considered the reasonableness of the defendants’ privilege assertions in determining the claimants’ application for costs which had been incurred as a result of the defendants’ position. The Court accepted the Claimants’ submission that there was never any proper basis for contending that the Lyell v Kennedy exception could apply and awarded the Claimants their costs.

The judgments are available here and here. 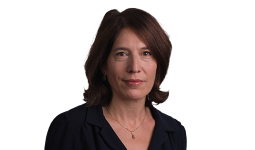