Home / Latest / Service out in the Supreme Court

Service out in the Supreme Court

An article co-authored by Ian Bergson on the recent Supreme Court decision in Brownlie v Four Seasons Holdings Inc [2017] UKSC 80, [2018] 1 W.L.R. 192 has been published in the Law Quarterly Review for July.

This is a major decision on private international law, which considers a number of issues concerning the gateways for serving claims out of the jurisdiction. By a bare majority, the Supreme Court concluded obiter that consequential loss suffered in England satisfies the tort gateway and that the Court of Appeal were wrong to hold otherwise. Ian’s previous note on the Court of Appeal’s decision was cited to the Supreme Court during oral argument: (2016) 132 L.Q.R. 42.

A copy of the case note on the Supreme Court’s decision (which is co-authored with Joshua Folkard) is available here.

(This material was first published by Sweet & Maxwell in Ian Bergson and Joshua Folkard, ‘Case Comment: Service Out in the Supreme Court’, (2018) 134 L.Q.R. July 344–350 and is reproduced by agreement with the Publishers). 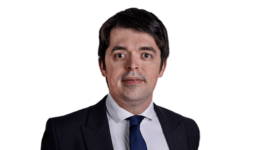