On 18 June 2018, the Judicial Committee of the Privy Council gave judgment dismissing an appeal brought by a wealthy Dubai businessman, Mr Al Sadik, in relation to a $130 million investment in hedge funds managed by Investcorp Bank.

The appeal arose out investments which Mr Al Sadik made in leveraged hedge funds in 2008, shortly before the global financial crisis.  Mr Al Sadik made a number of allegations against Investcorp, including that Investcorp had fraudulently misrepresented the nature of the investment and had acted without authority and in breach of trust.

Following a 10-week trial in the Grand Court of the Cayman Islands, the court dismissed all of the claims, a decision which was upheld by the Court of Appeal.

Mr Al Sadik appealed to the Judicial Committee of the Privy Council, arguing that Investcorp had breached the terms of its investment mandate and seeking to overturn the trial judge’s findings that Investcorp had not acted deceitfully in relation to its reporting obligations.

The Privy Council held that Investcorp had not acted without authority and it reiterated its settled practice not to interfere with findings of fact of courts below save in exceptional circumstances. 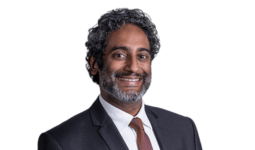