Fountain Court Chambers is pleased to announce that Andrew Pullen has joined the set as its first barrister based in its office in Ocean Financial Centre, Singapore.

Prior to joining Fountain Court Chambers, Andrew practised for 15 years as a solicitor at Allen & Overy, where he was a solicitor-advocate and has been based in Singapore for 6 years.  Andrew will now practise as a member of the Bar of England & Wales.  He is also a fully registered foreign lawyer with the Singapore International Commercial Court, entitling him to appear before the court.

Andrew specialises in international arbitration, with experience of both commercial and investment treaty arbitration.  He appears as advocate in arbitrations, has frequently worked as co-counsel with lawyers from many jurisdictions, and has substantial experience of advisory work.

Andrew has represented clients in Asia, Europe and South America across a variety of business sectors, including finance, energy, automotive, defence, utilities, steel, manufacturing, brewing and media, in cases determined under most of the major arbitral rules and under a wide variety of governing laws (both civil law and common law systems).  Having been based in Singapore since 2011, he has developed a regional practice acting for clients across Asia, especially matters relating to India, Japan, Korea and Southeast Asia.

Andrew is described as a “bright, tactical thinker” and as the “most technically brilliant lawyer I have come across” who “has a reputation for getting the job done” in Who’s Who Legal Arbitration Future Leaders 2017.

Andrew’s joining Fountain Court Chambers in Singapore is a significant strategic step for the set.  Members of Chambers have worked in Singapore and South East Asia for decades and have continued to build upon this by working in Singapore and around the Asia-Pacific region.  Fountain Court’s offering has been bolstered by the admission of a number of door tenants based in the region, including Singapore, India, South Korea, Australia and New Zealand.

Andrew will be supported in the Singapore office by Caroline McConnon, Fountain Court’s practice manager for Asia and Alex Taylor and Luke Diebelius in London.

“I am excited to be moving to the Bar and thrilled to join Fountain Court Chambers.  It is an honour to be joining such a superb set.  I am grateful to my friends and colleagues at Allen & Overy for many years of stimulating work and camaraderie, and from whom I have learnt a great deal.  However, I now look forward to developing my practice at the independent Bar.”

“I have worked with Andrew, as have other members of Chambers, and therefore know he is a fantastic technical lawyer and advocate. Having opened the office in Singapore in 2013, we have been waiting for the right barrister to join us. We are delighted Andrew will be our first barrister on the ground in Singapore and to have him join Fountain Court Chambers.”

“Singapore has become ever more important as a dispute resolution hub as Asia has grown as part of the global economy.  Members of Fountain Court Chambers have long been committed to playing a part in dispute resolution in Asia, and Andrew’s joining us in Singapore provides an additional dimension to what we can offer clients and law firms in the region.”

“Andy is an extremely able lawyer and we will all miss having him as a colleague. I have no doubt he will do well at Fountain Court and wish him every success in his new role.” 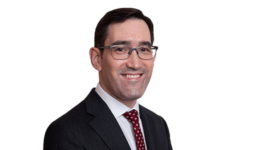