Stuart Ritchie QC acted for the third defendant in Marathon Asset Management LLP v Seddon & another [2017] EWHC 300 (Comm) in which judgment was handed down by Leggatt J on 22 February. The proceedings arose out of the departure of Marathon’s Global Team following the retirement of one of its founder members in 2012.  Marathon brought claims in conspiracy and for misuse of confidential information.  D3 admitted electronic copying of substantial amounts of Marathon’s information which he retained until delivery up a year or so later. He only accessed a small proportion of those documents from which he derived an extremely modest benefit. The conspiracy claims were settled before trial. At trial, one of the principal issues was the availability of substantial negotiation/licence fee damages where neither damages for financial loss nor an account of profits were claimed.  The Court awarded nominal damages only holding that copying and retention of confidential information did not give rise to a substantial “licence fee” damages remedy absent use of the information. The decision is significant and potentially ground-breaking for: (1) its full review and rationalisation of the availability of Wrotham Park and “user” damages generally, which the Court held were only available in a commercial context where damages for loss would be an inherently inadequate remedy; (2) the suggested approach to assessment of such damages in which Leggatt J deprecated a wholly fictional approach to the notional hypothetical bargain construct.

A case note prepared by Stuart Ritchie QC can be accessed here and the judgment here. 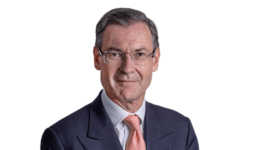