Eric has also been listed as a leading international arbitration lawyer in every one of the Chambers Global and Chambers Europe guides to leading business lawyers since the first global guide was published in 1999. 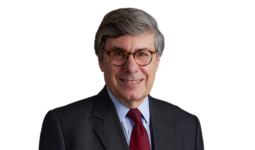