On 27 July 2016, the Supreme Court handed down judgment in a case raising issues of agency and constructive trust, overturning the decision of the Court of Appeal in Bailey & Anr. v Angove’s PTY Ltd. [2014] EWCA Civ 215.

Angove’s PTY Ltd is an Australian wine producer which used D&D Wines as its distributor in the UK.  When D&D Wines became insolvent, its liquidators claimed that, as Angove’s agent, it was entitled to carry on collecting money owed to Angove’s by its customers, out of which then to deduct commission owing it, even though Angove had terminated the distributorship agreement.  The Court of Appeal held that the liquidators were entitled to do so because, although the distributorship agreement had been terminated, D&D Wines’ entitlement to collect was an accrued right which survived termination.

Giving judgment in the Supreme Court, however, Lord Sumption JSC (with whom the other Supreme Court Justices all agreed) held that the Court of Appeal was wrong to conclude that D&D Wines entitlement to collect survived termination of the distributorship agreement.  Reviewing the law on the revocation of an agent’s authority, he said that in order for the authority of an agent to be irrevocable, there must be an agreement that it should be irrevocable, and the authority must have been given to secure some interest of the agent (whether a proprietary interest, or a liability owed to the agent personally).  In this case, neither condition was satisfied.

Although it had no effect on the outcome of the appeal, Lord Sumption went on to consider whether, if D&D Wines had been entitled to carry on collecting money from Angove’s customers, the funds would have been held by the liquidators on constructive trust for Angove’s, by analogy with the constructive trust which was recognised by Bingham J in Neste Oy v Lloyd’s Bank Plc [1983] 2 Lloyd’s Rep 658.  Reviewing the law on constructive trusts, Lord Sumption rejected the suggestion, and said that the ground upon which Neste Oy had been decided could not be justified.

The successful appellant was represented by Stephen Moriarty QC of Fountain Court Chambers, leading Professor Francis Reynolds QC (Hon) of 7 KBW, and Nicholas Craig of 3VB.  The Judgment of the Supreme Court in Bailey & Anr v Angove’s PTY Limited [2016] UKSC 215 can be seen here, and a summary of the judgment can be seen at Bailey & Anr. v Angove’s PTY Ltd. [2016] UKSC 47_Press Summary. 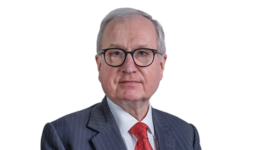