On 28 July 2015 the Court of Appeal handed down judgment in Reed Employment plc & others v HMRC [2015] EWCA Civ 805 , an important appeal about the tax treatment of payments described as ‘travel allowances’ to Reed’s employed temps between 1998 and 2006.  As much as £158 million in unpaid tax and NICs may now be due.

Adam Tolley QC, instructed by HMRC together with Malcolm Gammie QC and Kate Balmer, successfully upheld the earlier decisions of the FTT and the Upper Tribunal in favour of HMRC.  The Court of Appeal agreed that the so-called ‘travel allowances’ were always part of the employed temps’ pay and that there had never been any effective salary sacrifice so as to convert that pay into a non-taxable payment for expenses.

The Judgment is likely to be of interest to all tax and employment law practitioners. 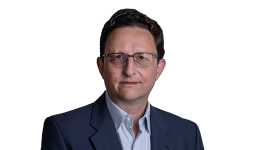