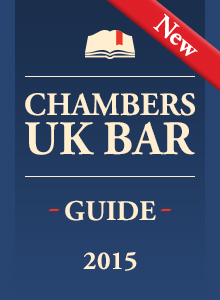 According to the latest editions of the Legal 500 and Chambers & Partners guides, Fountain Court Chambers has cemented its position as “a firm favourite with those looking for top-notch service at the upper end of the Bar’’ where ‘’The individuals have all the clout needed for the biggest cases’’.

Fountain Court members have been singled out for significant praise around the market with commentators saying: ‘The quality is excellent no matter what level of barrister is approached’ and the members are “unfailingly smart, hard-working and fun to deal with’’. Individually, members of chambers moved up a total of 35 positions in the rankings this year and 4 members gained new rankings over 7 practice areas. As a set of chambers we have been ranked as tier one in 5 practice areas, including commercial dispute resolution, with two members featuring as Chambers’ Stars at the Bar, namely Michael Brindle QC and Bankim Thanki QC.

In both directories combined members of chambers have reached tier one/star status a total of 38 times which supports our status in the commercial elite’s ‘magic circle’.

Yet again, the set is singled out in Chambers & Partners for its excellent Client Service which is something that we, exceptionally, have achieved year on year since the category’s inception in 2009. Of the Clerking team, Chambers says that: these are people who are “very focused on getting what you need, when you need it“. Under the leadership of the vastly experienced Senior Clerk Alex Taylor, the team “goes well beyond what you might normally expect“. The clerking team’s prowess in customer service combined with its commercial ethos marks it out from the rest. Big-name firms repeatedly turn to the set, but all manner of clients receive a dedicated service. One source enthused: “As a smaller client, we’ve felt a little unloved at other chambers, but at Fountain Court we feel looked after as much as the biggest client.”