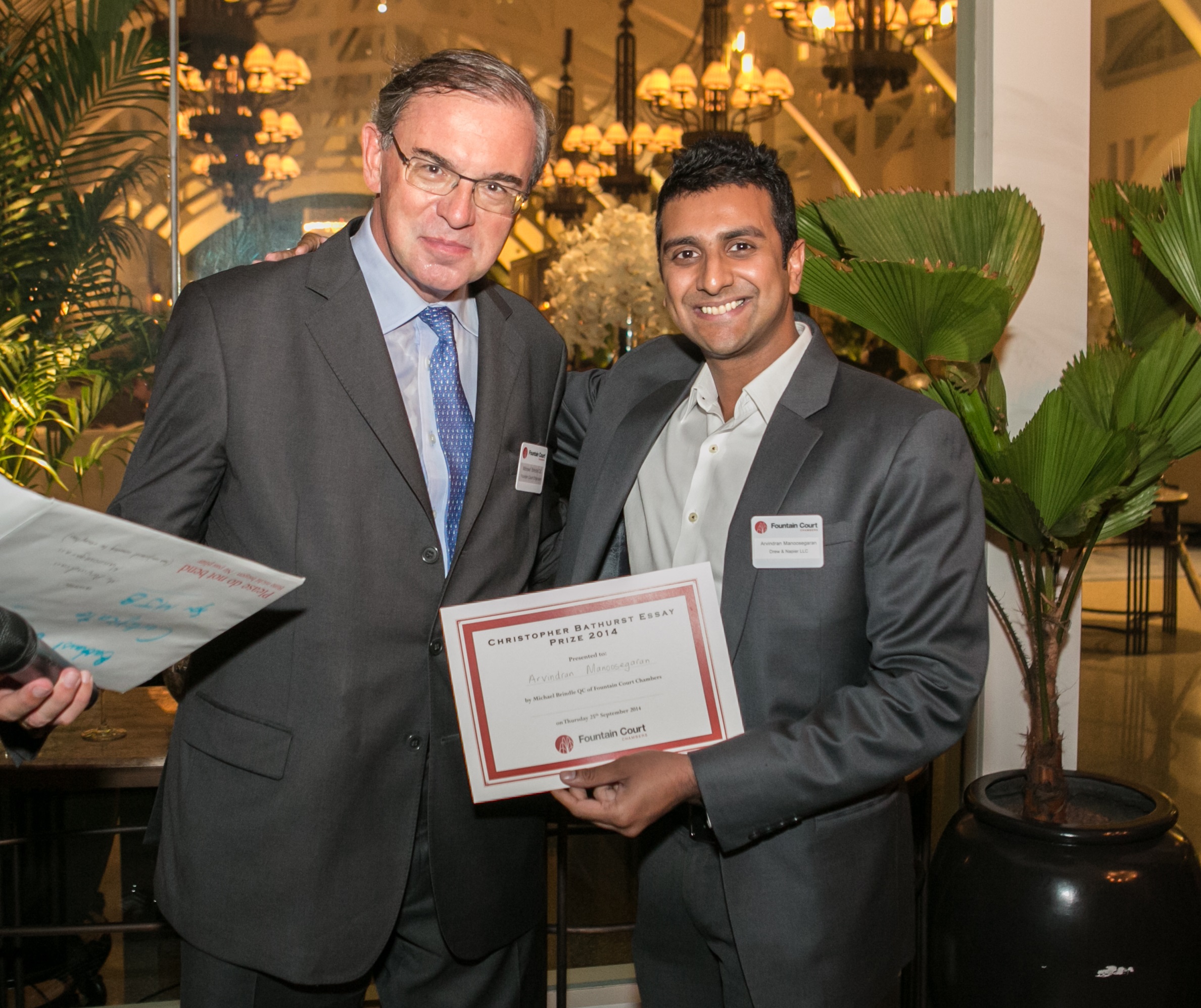 For the last four years, Fountain Court members have visited Singapore for the presentation of the Christopher Bathurst Essay Prize held in association with the Singapore Academy of Law. This year, however, the reception also marked the launch of Fountain Court’s Singapore office in the Ocean Financial Centre, which was celebrated on Thursday 25th September 2014 at The Clifford Pier.

Fountain Court was represented by its Head of Chambers, Stephen Moriarty QC and as in previous years the prize was presented by one of the former Heads of Chambers and close friend of Christopher Bathurst, Michael Brindle QC (Pictured below).  Jeffrey Chapman QC, Andrew Mitchell QC, Henry King and Senior Clerk, Alex Taylor also attended the event on behalf of Fountain Court and were joined by two of their door tenants, Professor Lawrence Boo, one of Singapore’s leading arbitrators and Kanaga Dharmananda SC.

It was a delightful evening and Fountain Court’s guests, drawn from some of the most illustrious members of the Singapore legal profession, were treated to the breath-taking view of Marina Bay and its illuminated skyline.

Stephen Moriarty welcomed everyone and Michael Brindle awarded the Christopher Bathurst Essay Prize to winner Arvindran Manoosegaran, a Senior Associate at Drew & Napier, whose prize is an all-expenses paid trip to spend 2 weeks at Fountain Court in London.

Fountain Court would like to thank everyone who has supported them and who attended the reception as it looks forward to deepening its links and an exciting future in Singapore.

The essays can be found on the SAL website here.