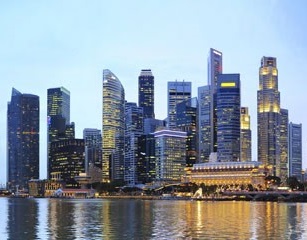 Fountain Court Chambers is delighted to announce the launch of its office in Singapore in the heart of the financial district.   This follows the appointment in May 2014 of Kanaga Dharmananda SC as a new member of Chambers, joining Professor Lawrence Boo, the highly respected international arbitrator. Both initiatives reflect the importance of Singapore in Fountain Court’s plans for its future pan-Asian presence.

Based in the Ocean Financial Centre at number 10 Collyer Quay, the new office’s location is significant in reflecting Fountain Court’s pre-eminence in banking and financial disputes .  It has also been timed to be operational before the opening of the International Commercial Court in Singapore.

The opening of the office in Singapore is a natural move for Fountain Court and crystallises its ambitions in the region at a time of great change as well as opportunity, especially in the area of commercial arbitration and litigation.