“Fountain Court is an excellent set, offering intelligent barristers and a user-friendly service. It always seems inclusive and forward looking.”

Giving back to the community

We have a longstanding and proud commitment to pro bono work.

We continue to support Advocate’s work in various financial and non-financial means. Fountain Court is a Gold Patron of Advocate and many of our barristers also provide financial support to the charity on an individual basis. Fountain Court is also an enthusiastic participant in the London Legal Walk, a fundraising event arranged by Advocate on behalf of free legal advice agencies in London.

Our barristers also provide legal advice and assistance on a pro bono basis through Advocate. More senior barristers support its work as case reviewers, and door tenant Philip Brook Smith QC is a trustee of Advocate and a member of its management committee.

Chambers also participates in Pro Bono Connect, a scheme that maintains a network of chambers and firms of solicitors willing to work together on pro bono cases. Through this scheme, Fountain Court barristers have been instructed by law firms on a pro bono basis to provide a joined-up approach to the provision of pro bono legal services.

Our barristers also participate in several pro bono schemes operated within the RCJ, including:

We participate in a number of initiatives that promote the furtherance of equality and diversity in the legal profession and which are designed to encourage diverse access to the Bar.

We have close links to the Pathways to Law scheme, which supports academically able students from non-privileged backgrounds who are interested in pursuing a career in law. The project offers placements to students to enable them to gain an insight into the life of chambers and the work of its barristers. It is part of a nationwide scheme developed by The Sutton Trust and The Legal Education Foundation.

Fountain Court is a founding member of the mentoring scheme established by the Commercial Bar to support and encourage individuals from groups which are underrepresented at the Bar of England and Wales (and in particular the commercial Bar) to pursue careers as barristers.

The scheme is called “Mentoring for Underrepresented Groups: a scheme run by Commercial Barristers’ Chambers” and is open to undergraduates and graduates from groups that are underrepresented at the Bar of England and Wales including women, people from minority ethnic backgrounds, people with disabilities, LGBTQ+ people, people who have spent time in care and people from disadvantaged socio-economic backgrounds.

We are also seeking to enhance diversity at the commercial Bar by supporting and participating in Bridging the Bar, an initiative through which candidates from underrepresented groups are able to apply for mini-pupillages in chambers. Further details of the scheme can be found here.

We also offer work experience placements to students from disadvantaged socio-economic backgrounds in partnership with a school in Deptford, an initiative established with the support of the Stephen Lawrence Trust.

For more information on Fountain Court’s commitment to equality and diversity click here.

Many of our members and staff support charities through financial and non-financial means. This includes undertaking activities as a way of fund-raising for a particular charity or donating to causes on a regular or ad hoc basis. 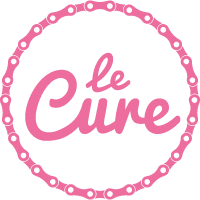 Chambers proudly supports Le Cure, which was established by Marianne Butler in 2014 to raise money for cancer research undertaken by the Royal Marsden Cancer Society. Le Cure runs an annual cycle event, “Le Cure de France”, which sees cyclists (colloquially known as “Curistas”) take on some of the Tour de France’s toughest climbs in the French Alps over four gruelling days. Fountain Court counts a number of Curistas amongst its members. For more information see here.